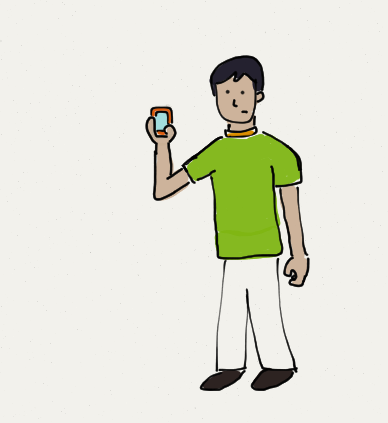 This time I’ll look to re-design a part of service that I personally use which is U Mobile Prepaid. I use it  on my secondary phone and heavily use it for mobile data. The scope of this week challenge is the unofficial U Mobile Prepaid Android App.
First of all, it’s such a big missed opportunity for the telco not to come up with an official app. It can be a good platform to increase usability and user’s satisfaction. Somehow, an individual took initiative to do an unofficial app and release it on the Google Play Store.

Basically, this app is a ‘skin’ for U Mobile Prepaid USSD codes. Instead of remembering the weird codes and entering it on your own, you have the app to remember it for you. It is straight forward and all the main menu are prominently displayed. However, the ad cuts through two buttons – that’s a silly mistake that should’ve been avoided.

When you request for any information, you’ll see system message stating that USSD code is running and later on a USSD window appear with the information. This break the illusion that this is a ‘proper’ Android App.
So, how a re-designed should look and function?

So here’s my quick sketch done under 15 minutes. The new app focus on the key information that the user wanted to know which is the credit balance and the last call cost. Main difference is that the app is more pro-active, instead of waiting for user to request the information it will do the query each time after the user made a call.
The rest of the function is hidden in another page indicated by the orange notch in the lower right corner. If this is made by U Mobile, it can increase the overall user experience and also a better platform to promote new products and services to users. Users will also perceive higher transparency from the telco and have ‘proof’ that they are in fact receiving free calls. This will later on lead to word of mouth promotion among the users.